Charleston: Best City in the World

by OmSailingCharters | Sep 30, 2019 | Charleston Sailboat Charter, Fun Things To Do In Charleston 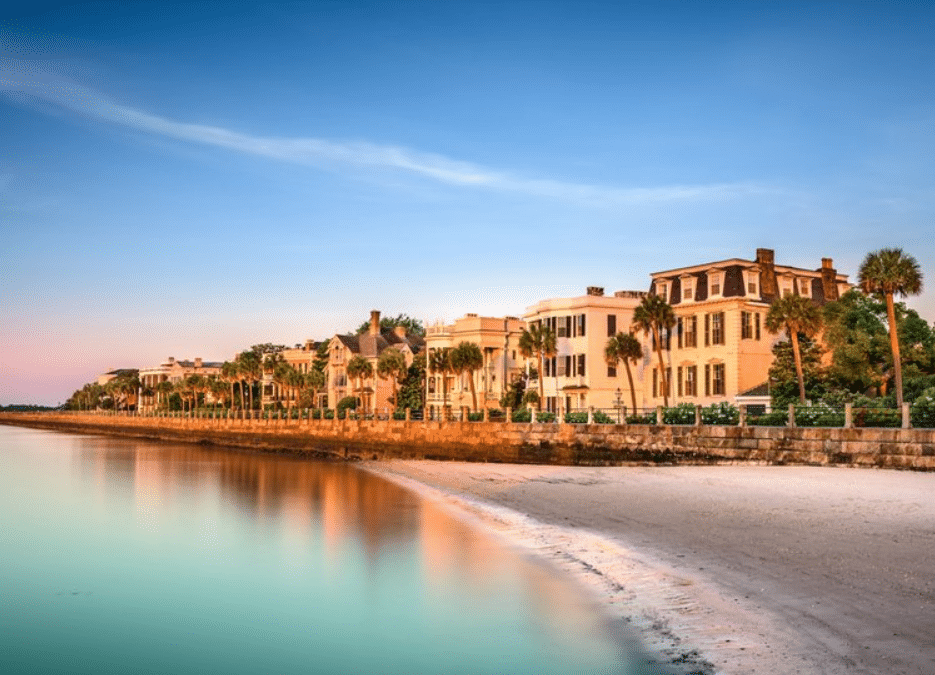 What makes this city so grand?  In part, its age. It is one of the oldest cities in the US and brings with it a history hard to find in the US. Also, its location, situated on the confluence of two major rivers that enter the Atlantic through Charleston Harbor, the beaches, islands, and landscape add to the city’s charm. In addition to the people, the city offers many unique, unusual, and secret spots to discover that ads to its rankings.  So, whether you have been reading about Charleston or hearing about it from friends, come discover some of the coolest spots in this historic city.

The heart of downtown is drenched in Spanish-mossed trees, beautiful parks, and historic homes that bring an ambiance of beauty and culture found nowhere else in the US. One of the best ways to explore downtown is simply to walk around. Start your tour at The Battery, where you will find Antebellum homes that include the Nathaniel Russel House, Drayton Hall and the Joseph Manigault House.

You can rest at the Waterfront Park and explore the pineapple fountain and walking paths. Then stroll down to White Point Garden, which is home to several Civil War relics and memorials. Make sure to check out the Charleston City Market while on your tour to get a glimpse of the Old South. It is also known as the Slave Market because it was here that slaves would purchase food for the plantation.

Charleston Harbor has been key to the city’s history, development, and draw. Today it is one of the busiest ports in the country, but it has always been an important point of interest from the natives who came here for food to the settlers who landed here for rest. The harbor is the confluences of the Ashley and Cooper Rivers, and its entrance is protected by two islands – Morris and Sullivan  All of this collided to make it one of America’s crucial harbors in US history.It played important roles in most of America’s wars and was instrumental in both the revolutionary war as well as the civil war.

The best place to experience this history and see the forts and fortifications can best be seen from the water. While you are in Charleston, the best city in the world, make sure to take a boat tour so you can experience the history and importance of Charleston Harbor. Om Sailing Charter offers private sailboat charters throughout the spring, summer, and fall.

Another draw that makes Charleston the best city in the world is its golf courses and beaches.  Folly Beach and Isle of Palms offer many miles of wide, clean, sandy shoreline, ideal for swimming, windsurfing or sunbathing.  It’s the perfect place to relax and watch the beauty of the ocean.

Isle of Palms is a bit more family friendly, and also offers two top notch golf courses – Wild Dunes and The Sanctuary.  Folly beach has more restaurants and bars. In both places, you will find ready access to the beach.  While the beaches are free, parking is not.

If you want to immerse yourself into the deep south of movies and your imagination, make sure to visit West Ashely, a vibrant section of Charleston on the “other side of the river”.  In addition to great restaurants and bars, it is home to many old homes and plantations with their multi-layered history.

Magnolia Plantation is the oldest public gardens in America. While the house was burned in the Civil War, the 464-acre garden remain.  Middleton Place is an 18th-century plantation that was built in several phases and has elaborate gardens open to the public. Drayton Hall is an 18th-century plantation that survived both the Revolutionary and Civil wars.  All of them are beautiful and filled with history filled with pain and glory.

Whether you are in Charleston  for a few days or a few weeks, make sure to explore these major areas of the city and get a taste for why Charleston has been named the number one city in the world.