by OmSailingCharters | Jul 9, 2019 | Charleston Sailboat Charter, Fun Things To Do In Charleston 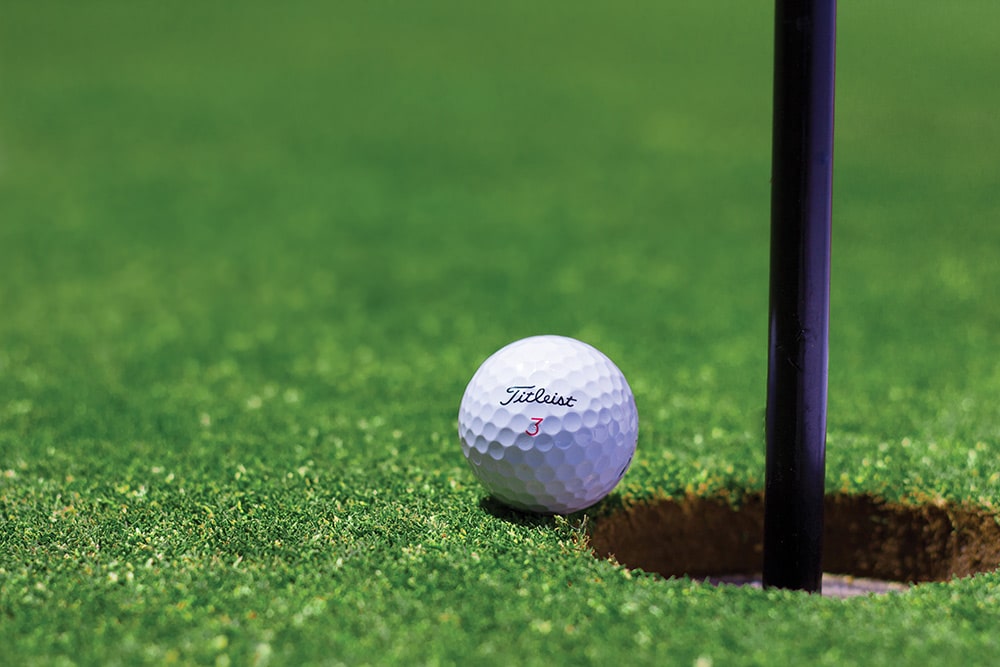 Sightseeing is a must for any trip to Charleston, but for many sports enthusiasts, so is hitting the links for some Charleston world-class golf. The golfing in Charleston and surrounding area lay claim to not only some of the best views – including the Atlantic Ocean, historic sites, and sand dunes – but also some of the world’s toughest courses (see below). While some golfers are focused only on sinking a putt, the rich history of Charleston golfing is also something to note, as are the unique 19th hole options.

History of Golf in Charleston

Charleston is considered the birthplace of golf in America. In 1743, David Deas, a Charleston merchant received 96 clubs and 43 “featheries” (the original golf balls) from Scotland.

The first game was played on Harleston Green, an undeveloped, rough pasture land used for cattle and horse racing and wedged between what today is Calhoun and Beaufrain Streets and Rutledge to Barre Streets. The game was thought to be played without a set number of holes, no greens, and no designated teeing areas. Slaves, which later became known as caddies, were sent to stand by holes and forewarn anyone of an approaching shot by yelling “fore”. Equipment included a series of woods, “play clubs”, a utility iron for tight spots, and a “feathery”, a leather satchel stuffed with feathers.

The Harleston Green club, a social club as much as a golf club, announced its five -year anniversary in the local paper, but by 1799 it had all but vanished from historical records. Jefferson’s controversial Embargo Act of 1807, a nonviolent protest which kept US ships out of French control, probably forced the decline of golf in America until the resurgence in the late 1800s.

Today, golfers from around the world tee off admit the scenic marshlands and ocean view of Charleston’s best golf courses.

Charleston’s world-class golfing is not new to the lowland. Kiawah Island Golf Resort – home of the worlds’ toughest golf course – hosted the Ryder’s cup for the first time in 1991. Since then, they have hosted six addition tournaments, from the World Cup to the PGA championship. In 2021, they will host the PGA Championship once again, as worldrenowned golfers take on the challenging Ocean Links.

But Kiawah Island Golf Resort is not the only Charleston Golf Course to gain attention. In 2019, Charleston Country Club will host the US Women’s Open, and the 2019 RBC Heritage Champion is hosted annually on The Sea Pines Resort’s famed Harbour Town Golf Links, just to name a few.

Yes, Kiawah Island Golf Resort is most well-known for Charleston golf. It is ranked 24th on Golf Digest’ 2019-2020 ranking of America’s 100 Greatest Golf Courses. But the fact is, Charleston has a wide array of golf courses to choose from.

Seabrook Island, Charleston golfing only 45-minutes from downtown, is home to the Crooked Oaks course and Ocean Winds Course, both of which feature low country hazards and fickle ocean breezes.

About 45 minutes north of the historic downtown sits another Charleston golfing gem, Wild Dunes in Isle of Palms. Both beautiful and challenging, it hosts the highly regarded Links Course and the tight, strategic Harbor Course.

Summersville, also north of the city, is home to a more hidden Charleston golfing gem, Pine Forest Country Club. It’s treelined fairways and elevated greens are a splendor, and the 12th hole is named “little Augsta” featuring one of the narrowest greens in the world.

Finally, any Charleston golfing would not be complete without a stop at the Charleston Municipal Golf Course or Mount Pleasant’s Patriot Point links.

Relaxing with a cool beverage and a hearty meal after a round of golf is no less important than the play itself. While many courses have excellent lounges and grills, if you’re visiting Charleston for a limited time, you may consider expanding your options.

Relax on the Water

One of the best things you can do after some Charleston golfing is to let it all go. To get your mind off the activity and let it relax. Nothing can calm you like an evening on the water, listening to the waves and wind while drinking some beer or champagne. For a private cruise for your foursome, book through Om Sailing Charters.

Many clubs and resorts are expanding to include yoga and meditation, two important skills for the best Charleston golfers. Both will help your body and mind become more centered, while reducing stress on your muscles and joints. All things that can only improve your game. For the best meditation and yoga in Charleston, check out Mission Yoga.

Relax your body, releases tension and tightness, and melt away the stress with a professional massage. It will reduce soreness and stiffness after your Charleston golf game and make you feel like a million bucks. Check out Urban Nirvana for the best massage in town.