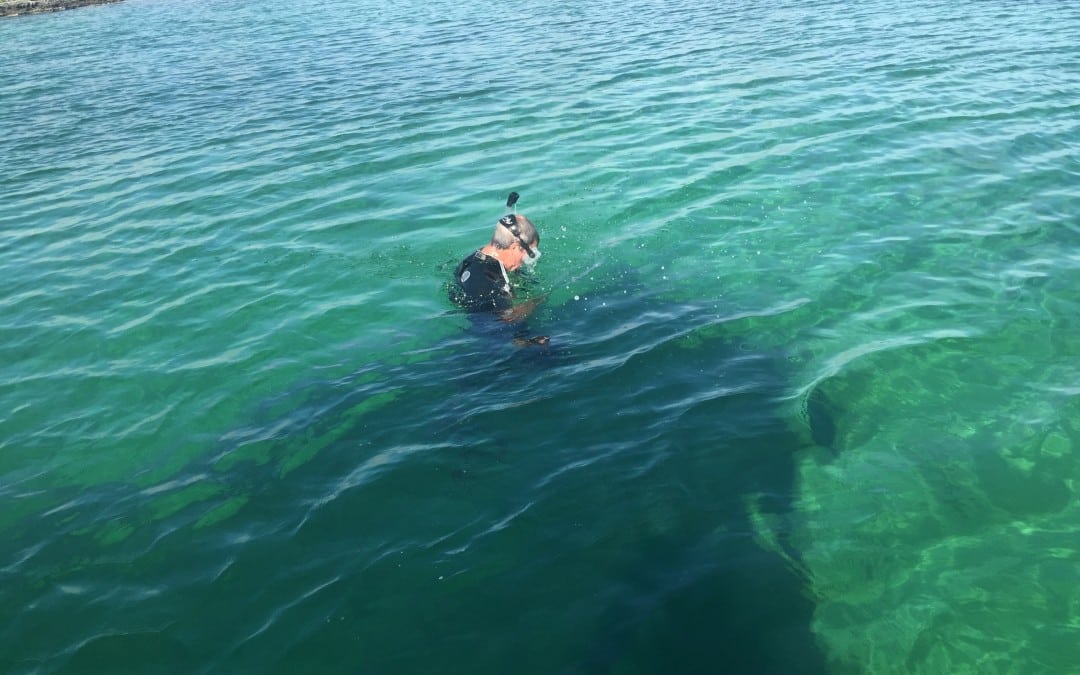 Its been an incredible year to explore Abaco and have still not headed further south. Its been a sheer joy to get out on the reefs which are usually under lots of heavy wind and waves. This year on the way down to Little Harbour and the world famous Petes Pub, we stopped in and checked out Snake Cay.

Snake Cay is on the “mainland” of Abaco or the big island as its called. The cay itself is no different from other cays, just a body of land devoid of fresh water. What sets is apart is the area of water behind it. There is a small “Cut” which tidal waters flow from the backwaters of Abaco.

Through this deep cut is an area about 1 mile wide and several miles long of shallow waters, mangroves and small rocks. It serves as habitat for small fish, lobster and turtles.

The area is predominantly 2-4 feet in depth, which makes much of it dry with the 3 foot tide in the area. We were exploring in the dinghy zipping around checking it all out at high tide and we ran across something out of the ordinary.

It first appeared as a very dark spot in the water. Though as I approached it became clear what we had discovered. A Blue Hole! 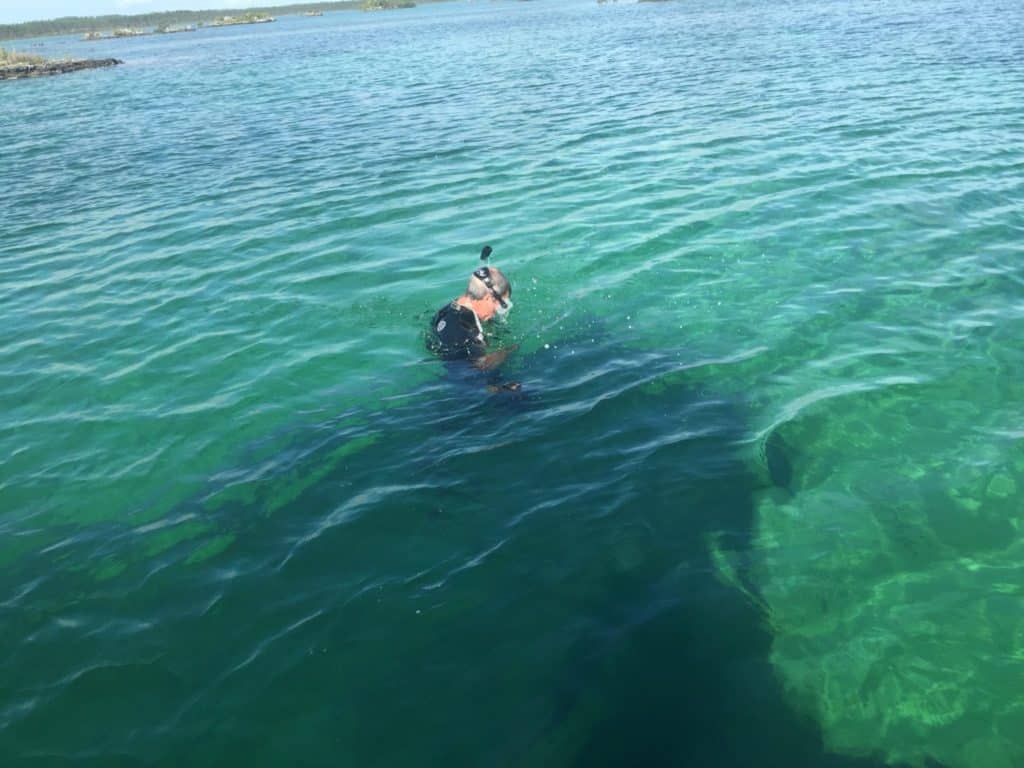 Without getting into a geography lesson, simply put Blue Holes were created eons ago and most of them connect with the Ocean. The vast majority of these are extremely deep, Deans Blue Hole in Long island is reported to be 600+ feet. They were formed back in the last Ice Age when the lands of the Bahamas were over 400 feet above what was then the ocean floor.

Of course I had to jump in and explore it free diving. Now, I am pretty brave and not too much freaks me out, but a hole in the ground in the water that is pitch black brings up the primal fears we all have. Your just waiting for a monster to charge out and take your arm off.

Without a flash light there was no way I was going too far down, but with a few dives it proved to be a very deep cave. On the surface its probably around 30-40feet in circumference, narrowing down as the depth got greater.

I decided after my third free dive it was time to grab the Scuba gear.

The next morning after assembling all my gear and checking it twice we took the dinghy out to the blue hole at high tide. It was the perfect opportunity to use my new powerful dive light and the tanks I brought along.

Once geared up and testing my buoyancy, carefully I dropped down into the hole. The idea here is NOT to use your fins. Otherwise you just disturb the sediment and you wont see anything.

Slowly descending into this black hole, doing my best to control my heart rate, my eyes adjust to have a better look around. For the first 50 feet it goes fairly vertical, becoming larger at points and smaller towards the vertical bottom. At this point I notice a line that is tied and goes off deeper into a smaller portion of the cave.

Obviously I am not the first one to come here and this has been left by a prior exploration. It is exciting since it makes me a feel a bit more comfortable having a line to follow if the visibility gets worse. And this is when I first notice the current. The cave is somehow connected to the Ocean and this is part of the tidal flow. Pretty wild since we are over 3 miles from open ocean.

As the cave necks down and becomes smaller the current has become quite obvious. Not so much that its pulling my body but the sediment is slowly drifting into the cave. Bringing my powerful light around I catch a flash of Fish Scales and come within 5 feet of a massive Mutton Snapper. This thing was at least 4 feet long and has to be the grandfather of the cave.

He of course saw me and wanted nothing to do with this strange invader to his domain. He took off into the darkness which is his friend and followed the current off to never never land. Following him back into his domain I look down at my dive computer. 72 feet and 6 minutes down. Coming to an outcropping of rock the cave took a sharp turn and the current was visibly pulling on my body.

This is the point that life took over from adventure. Doing something inherently dangerous and wanting to live another day, it was time to turn back and seek the surface. This little adventure was fun, and I will do it again. Next time though with a dive buddy and be better prepared for deep cave exploration.

It is here that I should also offer a warning. SCUBA diving is a sport that is meant to always have a partner. You should never go diving alone nor should you ever attempt to cave dive solo. Its dangerous. Yeah I know, do as I say, not as I do. lol. Just had to put it out there.